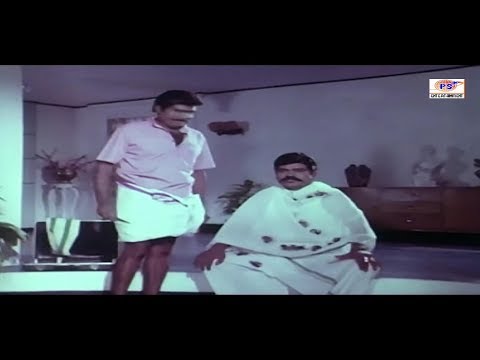 Srinivasa Sarja (born 15 August 1964),[1] known professionally as Arjun, is an Indian actor, producer and director. Referred to by the media and his fans as "Action King", he has worked predominantly Tamil, Telugu and Kannada language films,[2][3][4] while also performing in a few Malayalam and Hindi films.[5][6][7] As of 2017, Arjun had acted in more than 150 movies.[8][9] Until his 150th film, he has mostly performed in lead roles[10][11] and is one of few South Indian actors to attract fan following from multiple states of India.[12][13] He has directed 11 films[14] and also produced and distributed a number of films.[15]

In 1993, he starred in S. Shankar's blockbuster Gentleman which opened to positive reviews, while Arjun went on to win the Tamil Nadu State Film Award for Best Actor.[16][17][18] During this time, he starred in hits such as Jai Hind (1994), Karnaa (1995), and the crime drama film Kurudhipunal (1995), for which Arjun won acclaim for his role while the film became[19] India's official entry for the 68th Academy Awards in the Best Foreign Language Film category.[20][21][22]

In 1999, he starred in the political thriller Mudhalvan (1999). Portraying an ambitious TV journalist who receives the opportunity to become the Chief Minister of Tamil Nadu for a day, Arjun offered bulk dates for filming the project to Shankar.[23] The film subsequently won positive reviews with Arjun described as having "acquitted himself with aplomb in the challenging role".[24] Arjun received the Tamil Nadu State Film Award for Best Actor for his role as well as numerous other nominations. Arjun then briefly experimented in softer roles with Kannodu Kanbathellam (1999) and as an energetic civil service officer in Vaanavil (2000).

He was then featured in Vasanth's romantic drama film Rhythm, where he played a photographer, who eventually falls in love with a widow. Featuring a popular soundtrack and opening to positive reviews, Rhythm also became a commercial success.[25] He carried on with a lighter theme in his next directorial venture, the love story Vedham (2001), while he ventured into Telugu cinema again by appearing in Raja's Hanuman Junction and the Kannada devotional film Sri Manjunatha (2001). In 2012,