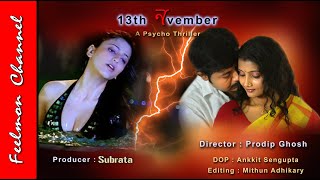 Introduction :
13th November - is a short feature film Directed by the Young energetic and enthusiastic film maker Prodip Ghosh. "Feelmon channel", feel proud to release this most popular film on this channel.

This film is successfully screened at Kolkata international film festival, Thousands of people appreciated this film. And for the first time, we are uploading this film - so that every person can see this film. For that we are greatly thankful to “Aalap Communication” and the director of this film “Prodip Ghosh”.

Synopsis :
Five years back, on 13th November, Six friends were made a resolution – that they will again meet after five years later, on this same date. 13th November. Today is that date. All six friends are meeting together at Rai’s bungalow at bokkhali.

During the party, as per rule they set, everyone confessing the truth of their life one by one – how they are now at present. What are the faults in their life. How they can share one others pains. With this discussion there is lot of foods and funs, pulling legs of one by others. A beautiful dreamy night was that.

Suddenly the problem starts. During this party, Rai is murdered. Who is the murderer ? Why did she being murdered? These are unveiled at the end of this story.

All the copyright reserved with - Aalap Communication. The production house of Feelmon Channel.


About the Creator :
Aalap communication preserve the right of this video. We, Aalap communication is a complete film production house since last fifteen years. Aalap Communication completed so many audio visual programs like short films, documentaries, corporate video, music video, developmental film and so on...

We have a creative enthusiastic team of technicians for the production of films with latest equipment and the creative professionals who are presently working in film industry. The motto of this house is to enlighten the light of every viewers mind. Aalap communication engages with constant research on visual science for vibrating the inner self of the masses.


About the director :
Prodip Ghosh as a renowned director working in film industry almost about for last fifteen years. Young energetic and enthusiastic Director is from kolkata, india. already done some fantastic films which were make great impact during film festivals. He always very choosy and take risks for selecting his subjects for film. his vision is always ahead of the era. 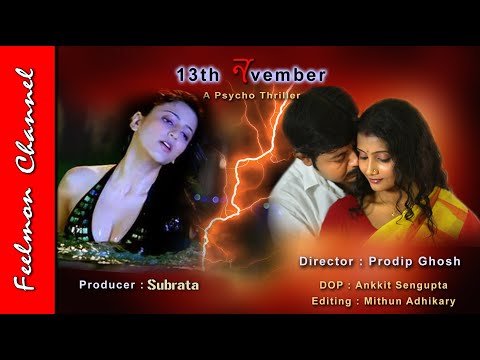