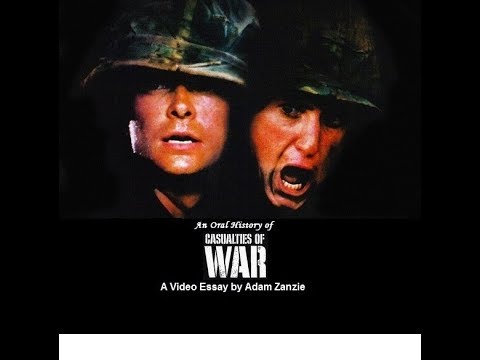 filmorus.ru
On this day, 53 years ago, in 1966, a woman named Phan Thi Mao was murdered in Vietnam.

50 years ago this year, in 1969, journalist Daniel Lang's article about the incident was published in The New Yorker Magazine.

And 30 years ago this year, in 1989, director Brian De Palma's Hollywood feature film adaptation was released.

Copyright Disclaimer Under Section 107 of the Copyright Act 1976, allowance is made for "fair use" for purposes such as criticism, comment, news reporting, teaching, scholarship, and research. Fair use is a use permitted.
"Fair Use" guidelines: copyright.gov/fls/fl102.html

Music by Ennio Morricone and the Chamber Brothers.