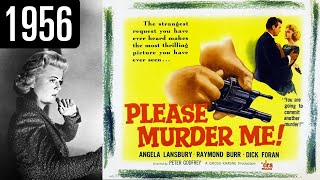 CRIME MOVIE: Please Murder Me (1956) | mystery murder | suspense movie | crime thriller is a 1956 American film noir film directed by Peter Godfrey, and starring Angela Lansbury and Raymond Burr.
Defense lawyer Craig Carlson (Raymond Burr) buys a pistol at a pawn shop and travels to his office, where he deposits the gun in a desk drawer with a file folder, then begins to dictate into a tape recorder. Directing his message to District Attorney Ray Willis (John Dehner), he reveals that he anticipates being murdered within an hour, and begins to tell his story in extended flashbacks.

The memories begin with his explanation to his war buddy and best friend Joe Leeds (Dick Foran) that he is having an affair with Leeds' wife Myra (Angela Lansbury), who wants a divorce. Joe asks Craig to give him a little time to think the matter over. Days later at his own office, Joe finishes writing a letter and gives it to his business partner Lou Kazarian to mail. Joe phones Myra telling her he will be home soon to discuss something. There, he confronts Myra in their bedroom, where a door is closed and a gunshot is heard. Police investigate Joe's death. Myra explains that Joe became irate and threatened her physically, forcing her to shoot him in self-defense. Craig is also on the scene, having arrived before the police and acting as Myra's lawyer.... #Suspensethrillermovies #theverticalmovies #Freemovieonyoutube #Thrillermovies
https://archive.org/ 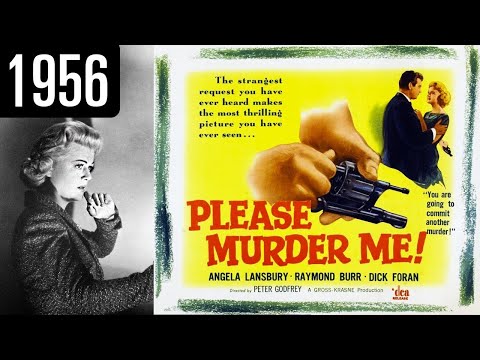