Survival is only the beginning. Watch two new sci-fi short films every week on DUST - subscribe here: http://bit.ly/2aqc5vh "What Once Was" ... 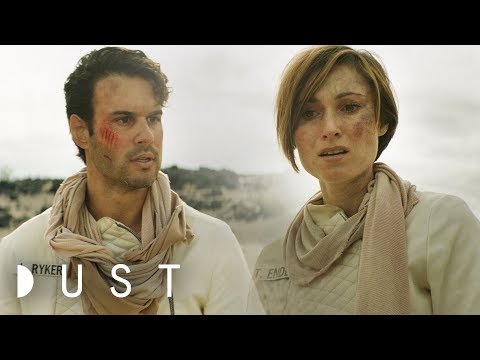 "What Once Was" by Sean G. Penberthy

Logline:
An interstellar mission crash lands on an abandoned earth now devoid of life and water. In a race against time and resources they must not only survive the elements but face what once was.

Synopsis:
A century after Earth was abandoned, a returning salvage mission crashes on the planet and maroons the surviving astronauts in a wasteland, devoid of life and water. In a race against time and resources, the remaining crew must search for a deserted launch facility and soon discover that their greatest threat isn’t the environment, but each other.

A message from the filmmaker:
The idea came from the challenge of telling the story about a broken family and how each of them is dealing with the pieces that are left. On top of that I wanted the story to be based in the science ﬁction world, but also not rely on visual effects and keep as much of it as possible, practical. The idea is to throw the audience into a world that was familiar but also something empty, stark and alien at the same time; something that would reﬂect the family’s current emotional state. I wanted to build a world that was much larger and felt deeper than the time we were conﬁned to. There’s deﬁnitely a story before where we pick up and there is certainly one after we leave our characters, but I wanted to focus on the crux, the turning point where it all goes awry. That’s where the interest lies, that’s where the emotions boil over. The ﬁlm gives a glimpse into this world and touches on the depth of their emotions, sending us on a journey that proves that the past often dictates the future, and knowing who to trust isn’t always as clear as it seems.

More about the filmmaker:
Writer, Director and Producer Sean Gregory Penberthy grew up in suburban Michigan where he attended various Art Schools and learned to hone his skills in Painting and Sculpting.

At 22 he joined the Military and served as a MARSOC Marine through wars in Iraq and Afghanistan. Upon his return, he concluded his education and graduated from California State University, Northridge School of Film & Television Arts with a degree in Cinematography. He found his ﬁrst production jobs working for visual effects houses Method Studios and Company 3 employed as a digital artist on such ﬁlms as “Pirates of the Caribbean, On Stranger Tides,” “The Tree of Life” and “Let Me In”.

Having learned the foundations and importance of detail in high-budget ﬁlmmaking, Sean began creating his own content by writing and shooting commercials and music videos for local businesses and musicians. With limited funding, he was forced to reﬁne his skills in all aspects of ﬁlmmaking serving as his own Writer, Cinematographer, Editor and Visual Effects Artist. His ﬁrst directorial hit was a music video “The Edge of Glory,” a story about equal rights that received international acclaim and more than 20 million views.

Branching out, Sean moved on to work as a Producer and Editor in network television helping to create shows for National Geographic, TLC and Discovery. Recently he completed the short ﬁlm; “What Once Was” having won Best Director, Best Screenplay and Best Picture on the festival circuit. He is currently in production on the short ﬁlm “Lost Archipelago” and a yet to be titled feature ﬁlm, due out in 2020.

DUST is the first multi-platform destination for binge watchable sci-fi. We feature science fiction short films and other content from emerging filmmakers with stunning visual effects, captivating plots and complex character explorations. Robots, aliens, space exploration, technology, and human experience are all a part of DUST. Explore, subscribe and follow for more:

Survival is only the beginning. Watch two new sci-fi short films every week on DUST - subscribe here: http://bit.ly/2aqc5vh "What Once Was" ...