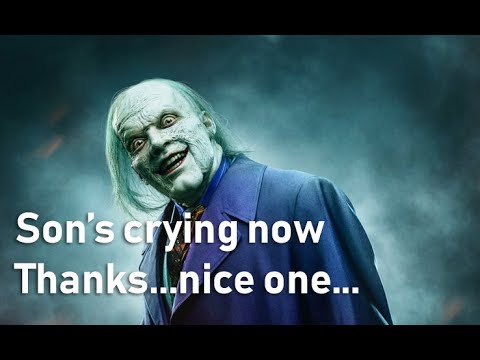 Stuff I (probably) stole from Wikipedia:

The fictional superhero Batman, who appears in American comic books published by DC Comics, has appeared in various films since his inception. Created by Bob Kane and Bill Finger,[1] the character first starred in two serial films in the 1940s: Batman and Batman and Robin. The character also appeared in the 1966 film Batman, which was a feature film adaptation of the 1960s Batman TV series starring Adam West and Burt Ward, who also starred in the film. Toward the end of the 1980s, the Warner Bros. studio began producing a series of feature films starring Batman, beginning with the 1989 film Batman, directed by Tim Burton and starring Michael Keaton. Burton and Keaton returned for the 1992 sequel Batman Returns, and in 1995, Joel Schumacher directed Batman Forever with Val Kilmer as Batman. Schumacher also directed the 1997 sequel Batman & Robin, which starred George Clooney. Batman & Robin was poorly received by both critics and fans, leading to the cancellation of Batman Unchained.[2]

Batman has also appeared in multiple animated films, both as a starring character and as an ensemble character. While most animated films were released direct-to-video, the 1993 animated feature Batman: Mask of the Phantasm, based on the 1990s Batman: The Animated Series, was released theatrically. Having earned a total of U.S. $2,407,708,129 the Batman series is the fifth-highest-grossing film series in North America.[5]

Gotham is an American crime drama television series developed by Bruno Heller, based on characters published by DC Comics and appearing in the Batman franchise, primarily those of James Gordon and Bruce Wayne. Heller and Danny Cannon, who directed the pilot, are executive producers. The series stars Ben McKenzie as the young Gordon, and premiered on Fox on September 22, 2014. In May 2018, Fox renewed the series for a fifth and final season of 12 episodes, which is set to premiere on January 3, 2019.

Originally the series would have relied only on Gordon's early days with the Gotham City Police Department, but the series subsequently included the Wayne character and the origin stories of several Batman villains, including Penguin,[4] Riddler,[4] Catwoman,[4] Poison Ivy,[5] Scarecrow,[6] Mr. Freeze,[7] Hugo Strange,[8] and Solomon Grundy.[9]

Jerome Valeska is a fictional character created by producer and screenwriter Bruno Heller for the television series Gotham, and played by actor Cameron Monaghan. The character acts as a tribute to the Batman supervillain the Joker,[1] as well as exploring the mythology of the character.[2]

Cameron Monaghan has garnered critical praise for his performance, particularly from actor Mark Hamill, who voiced the Joker in the DC Animated Universe.[3]

Jeremiah Valeska is a mentally deranged and dangerous terrorist, criminal and murderer. He is also the more intelligent and more dangerous identical twin brother of the anarchistic cult leader Jerome Valeska. After his brother's death, Jeremiah takes over the role of main antagonist for the final arc of Season Four.

Copyright Disclaimer Under Section 107 of the Copyright Act 1976, allowance is made for "fair use" for purposes such as criticism, comment, news reporting, teaching, scholarship, and research. Fair use is a use permitted by copyright statute that might otherwise be infringing.