IM STILL ALIVE Also, it's summer here in my country, so maybe I'll upload more now? No promises but, eh, let's jumped into the crap of this video's st... 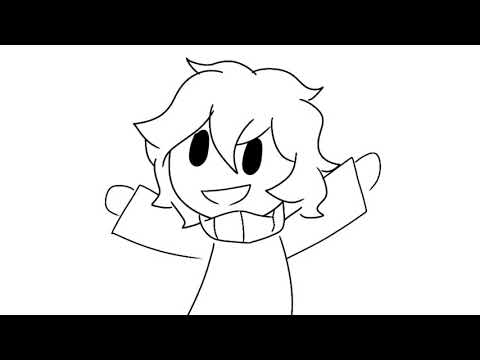 Also, it's summer here in my country, so maybe I'll upload more now? No promises but, eh, let's jumped into the crap of this video's story.

I know you all might be wondering, or maybe not, but fuck you all it's my video and I control every shit here so here's the contex of the art style and backstory of this video.

The first tstyle was heavy inspired by a famous animation Youtuber, James the TheOdd1sOut. I was also had been watching Jaiden Animations and SomeThingElseYT but TheOdd1sOut's videos were more frequently watched. Around time August 2018, I had been watching non-stop of his videos and created that... Over cartoony art style. I also have to say that this fucking video has been sitting in my drafts since August 2018. SINCE AUGUST 2018 GUYS!!! SINCE AUGUST 2018!!!

This video was planned. Well... Kinda, that is. I was having a conversation about video specials with my friend in chat and had brought managed to brought up, "should I do a face reveal?" and I wasn't ready. Besides the fact, I'd rather keep this "mystery" thing going so that's a no. Then "what about a voice reveal?" and I was double thinking it. Frankly, I really want to do some story time videos but I still don't have the rught equipment to do that. So, it would be on hold.

As we talked about it, my friend suggested I should to a "voice reveal" but just for a joke, I agreed with it and after the next day or so, he actually sent an audio record on what you here on top. I was suppose to make a script but he just jumoed right in and do his own. Can't really do much than just used the audio he gaved me and here we are now. Today, April 1st in 2019. Almost a fucking year later for this video to come because fucking hell procrastination at it's finest guys. Procrastination at it's finest.

So that's the backstory of this video. Reasons why the first art style looks like shit, the quality of this video is shit, and just all my content are shit. Let's just agree on that, okay?

Now, I know that the end scene of this video was so fucking shitty. I'm sorry, I just wanted a... You know what? I don't know how to explain this but how my gay ass wanted a... Shit. I can't really explain this but... Style? I want it to be like a... For example, uhhh, the game mechanica of Monster Prom? I've been obsessed with that game lately so, yeah...

✭The amazing person who lend his great voice to this shit:

This video belongs to SodaPopWorks and if seen being re-posted in any other social media without the user's consent, expect a lawsuit coming at your doorway. ♡♡♡

Thank you for waiting and watching this video. If you enjoyed it, make sure to smash that thumbs up without mercy and comment your mind on what you think of the video and what should I do next. Make sure to also smash that subscribe button to be notified on the upcoming videos in this channel.

Hope you have a fantastic day/noon/evening! ♡♡♡

IM STILL ALIVE Also, it's summer here in my country, so maybe I'll upload more now? No promises but, eh, let's jumped into the crap of this video's st...